I love High Fantasy. What about you? There are all kinds of High Fantasy offerings, from Terry Brook’s Shannara series to the immensely popular ‘Game of Thrones‘. But there’s more to fantasy than magic wands. Here are some more suggestions to get you started in this genre: 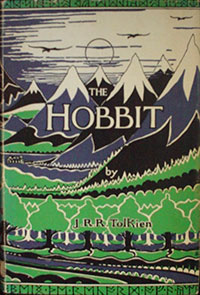 We’re talking about Tolkien and his literary scions. (If you saw the movies but hadn’t read the books, give them a try.) Tolkien really put the genre into orbit, although if you want my honest opinion, I’d say Book 2, ‘The Two Towers‘ dragged the most. Personally, I liked ‘The Hobbit‘ best. Bilbo was just easier to take than Frodo. 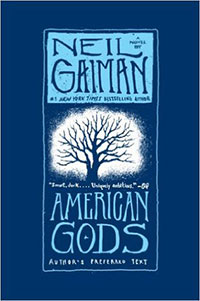 A brilliant book is ‘American Gods‘ by Neil Gaiman. A classic. One review suggested that if you like Gaiman you might like my ‘Ur’ series. Very flattering. I’m no Gaiman but I must say I think my fantasy is a bit loopier than ‘American Gods’. That being said, NOTHING is loopier than his book, ‘Neverwhere‘.

The all-time ‘Not High’ Fantasy series is Philip Pullman’s ‘His Dark Materials’. Absolutely beyond imaginative. Try it. 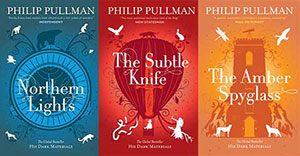 Now, I like this stuff because I write Fantasy and it’s not ‘High’; at least in  a ‘dragonian’ sense. I like to call it Fantastical Realism because it has elements of otherworldly Fantasy and realworldly Magical Realism.

If you want to try that nowhere else to start than with Marquez. His ‘Hundred Years of Solitude‘ is a literary milestone. So read it. But maybe start with ‘Love in the Time of Cholera‘. So many cool things happen. A gust of wind blows leaves off a tree that become a swarm of butterflies.

In conclusion, there are a lot of books you can read that play into the genre if ‘Not High’ Fantasy and Fantastical Realism, not the least of which are my books in the Ur Legend Series. (They all make good Christmas presents, by the way!)

Read and compare, and as always, let me know what you think.