Connecting the Dots: the Cascade of Consciousness

Sometimes the mind works in subtle but wondrous ways. Conclusions may arise from a handful of disparate facts. Over the past week or so, I was struck by two stories in the ‘paper’: Michelle Wolf’s comment about Sarah Huckabee Sanders as an ‘Uncle Tom’ for white women and Nicholas Kristoff’s editorial in the ‘failing New York Times’ about new border policy that separates parents from their children. And then I thought about ‘Uncle Tom.’ 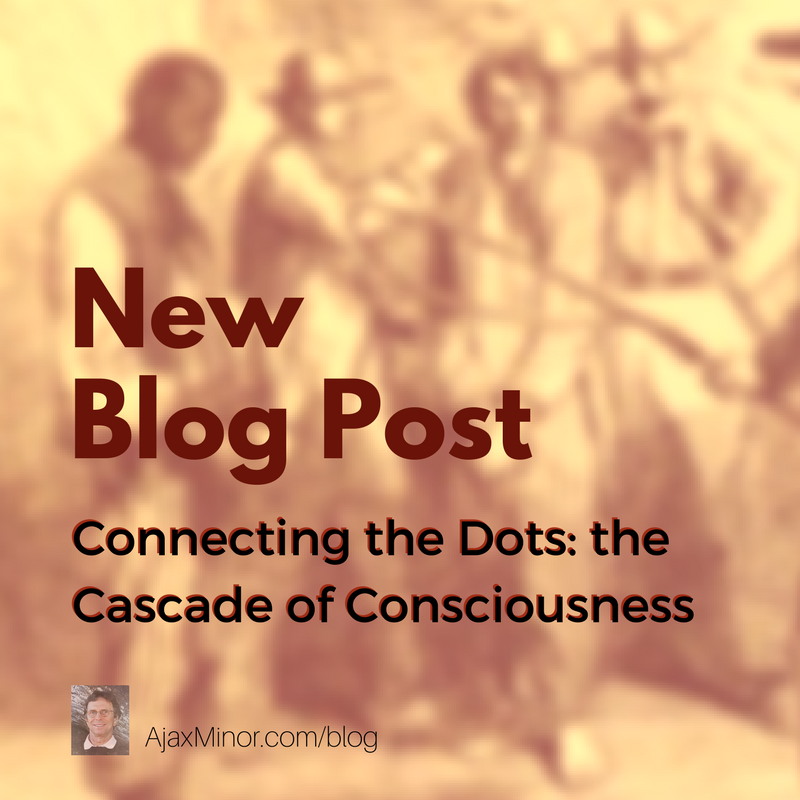 ‘Uncle Tom’s Cabin’ is one of the most influential books in American history. It has been said, perhaps apochryphally, that when Lincoln first met Harriet Beecher Stowe he is to have said: “so you are the little lady who started this Great War.” Apochryphal or not, there is truth in the statement. And interestingly, the element of the story that resonated most with Northerners was the fact that families were sold, broken up and children separated from their parents. That theme changed many minds and hearts in the Union.

Now, as Kristoff points out, children, with documentation, are being separated from their parents. Read, please read, Kristoff’s editorial cited above.  As a matter of disclosure, I, like Kristoff, am on the left side of the political fifty yardline. But I, like Kristoff, am not for ‘open borders’ and appreciate the rule of law. However, the current policy of taking even very young children from their parents is cruel and may leave lasting scars.

Kristoff’s editorial got me to thinking about the subtext of ‘Uncle Tom’ and then Michele Wolf’s comment about Sarah Sanders got me to thinking about Uncle Tom himself. Was Wolf being fair to Tom? Let’s go one step further, have we all been fair to Tom? In my humble opinion, far from being the fawning lap dog that comparisons are supposed to emphasize, I came away from Stowe’s novel regarding Tom as one of the most powerful characters in all of literature. Despite having his faith tested on Legree’s plantation, he remained true to his own personal philosophy of love and kindness.

In fact, Tom was beaten severely, not out of caprice and pure cruelty, but for refusing to obey his white master, Simon Legree.  The second beating was mortal. Tom refused to whip another slave in the first instance and then refused to tell Legree the whereabouts of two escaped black women who had been sex slaves for Legree. Tom did something I don’t believe I could do. Summon the courage to accept torture rather than commit a brutal act and, most importantly, ‘turn the other cheek.’ Most of us can’t. Simply follow the news cycle of people spewing hatred and venting their grievences through violence.

So was Tom a sychophant to the white man? Christ appears in my first novel, Sun Valley Moon Mountains, and is a different sort from the traditional picture painted by the New Testament. I am not spiritual, so maybe my view makes sense for me. But Jesus turned the other cheek. And so did Dr. King and Gandhi, in the face of guns and firehoses and attack dogs. They locked arms, literally and spiritually, with their followers and continued to march into the mouth of injustice; and they accomplished more through non-violence than all the bullets in all the wars of our time.

The thread then: Kristoff’s column led me to thinking about the book, ‘Uncle Tom’s Cabin’ and the separation of children from parents. And the comment about Sarah Sanders got me to thinking about the character Uncle Tom and the unfair way in which he has been abused and slandered. Tom pointed us in a direction on our moral compasses that we would do well to follow.

What does all of this have to do with ‘The Ur Legend‘? Well, as I said, Christ is a character in SVMM and his teachings lead us to consider King and Gandhi and Tom.  More than that, there is an allusion to ’emigration’ in Ur Book 2, ‘The Girl from Ipanema’, as well as in my forthcoming Book 3, ‘Kutusov’s Dream’.  Climate change, driven by an environmental disaster, turned North America and Western Europe into frozen fields. Many in the US escaped the frigid climate by emigating to Mexico and South America. I did not expand on this narrative, but maybe I should have. In any event, I wonder if Latins would have separated American families and how this would be received.

Finally, since I like to link blogs to my books, epistemology, or how we come to know things, is a subtext of SVMM.  It is certainly wondrous how the mind can make connections and tell itself stories and draw conclusions from them. As one of my friends has said, the brain is the most marvelous toy there is, and it’s FREE!