Last week I wrote about my own mom. This week I’d like to discuss four other mothers in my life. Three moms in my novels: Kate in Sun Valley Moon Mountains (SVMM), Tiamat in SVMM and Camilla Limon in The Girl from Ipanema (TGFI). And most importantly, my wife, Linda, our daughter Katherine’s mom. 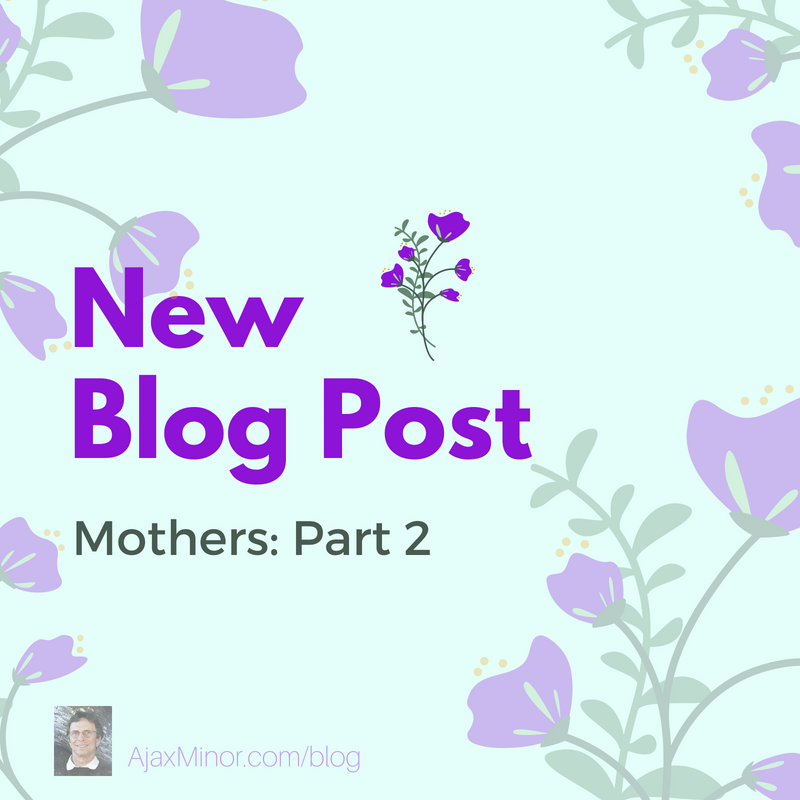 Being a mom was a challenge for Linda. How is it possible to nurture a child when she is cortically blind and deaf, can neither suck nor swallow and has Hi-Tone, Low-Tone CP (cerebral palsy). Our story has been well documented in my biography and on these pages, so I’d like to concentrate on how Linda managed to relate to Katie. Not an easy task. She had  observed motherhood in action all her life and prepared for the role for almost a year; then in a few short minutes everything about the job had to be rethought. Oh, Linda was a superb mother. She constantly comforted Katie as much as she could. It’s not that Linda could have done more, but rather Katie simply couldn’t receive the lessons that Linda might have offered.

So what else did Linda do? Remarkably, she tried to empathize with our daughter by trying to experience what it must have been like to have the handicaps with which Katie was saddled. What stands out most to me are two incidents. On one occasion we were driving down the steep winding road to our home in Castle Rock, CO.  This had always caused Katie distress. She had little balance and would wave her arms in search, I guess, of some stability. So that one time, Linda closed her eyes and held out her arms. I asked what she was doing. “Trying to see what it’s like to be Katherine.”

Linda said the experience was not only uncomfortable but downright disturbing. Then, one day, she started to cough violently. When I asked if she was alright, she said, “Yes. I was just trying to understand what it must be like not to swallow for even two minutes. It’s horrible.” It’s said that to understand someone, walk a mile in their shoes. Linda walked in our daughter’s booties. Since Linda couldn’t offer more than some small measure of comfort, she tried to understand what Katherine was going through. Remarkable. To me at least.

My fictional characters also had unique experiences with their offspring. Kate, of course, was Linda. I didn’t recount much of her time with Ur, which some people would have liked. In any event, I projected Kate forward in time to that point where parents have to let go. Kate was the most driven and objective of the characters on the Quest for Ur. But when the time came, she let go as all parents must, and as I believe Linda would have done with Katie. Her sole interest was her daughter’s happiness not her own.

Tiamat is another story. I did not recount her struggles with her son, Nick Beele, but they can be found in the Sumerian Creation Myth. Clearly Tiamat and her son didn’t get along. What is it like if parents and children simply don’t like one another? Or worse. If they are lucky, as Nick was, they will reconcile. In SVMM Tiamat says to Nick, rather poignantly, that while he had both good and bad in him, he was ‘mostly good’. Not everyone’s candidate for ‘mother of the year’ but Tiamat tried.

Finally, Camilla Limon in TGFI.  She was caught up in a battle between her son and her husband. Did she take sides? No. Did she become frustrated and angry. No. She expressed understanding and was a Rock. What more can one ask of a parent?